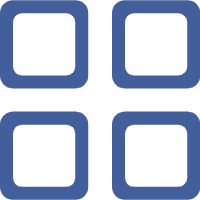 A medical specialty is a branch of medical practice that is focused on a defined group of patients, diseases, skills, or philosophy. Examples include children (paediatrics), cancer (oncology), laboratory medicine (pathology), or primary care (family medicine). After completing medical school, physicians or surgeons usually further their medical education in a specific specialty of medicine by completing a multiple-year residency to become a specialist. 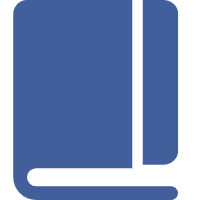 A medical specialty is a branch of medical practice that is focused on a defined group of patients, diseases, skills, or philosophy. Examples include children (paediatrics), cancer (oncology), laboratory medicine (pathology), or primary care (family medicine). After completing medical school, physicians or surgeons usually further their medical education in a specific specialty of medicine by completing a multiple-year residency to become a specialist.

To a certain extent, medical practitioners have long been specialized. According to Galen, specialization was common among Roman physicians.[citation needed] The particular system of modern medical specialties evolved gradually during the 19th century. Informal social recognition of medical specialization evolved before the formal legal system. The particular subdivision of the practice of medicine into various specialties varies from country to country, and is somewhat arbitrary.

Medical specialties can be classified along several axes. These are:

Throughout history, the most important has been the division into surgical and internal medicine specialties. The surgical specialties are those in which an important part of diagnosis and treatment is achieved through major surgical techniques. The internal medicine specialties are the specialties in which the main diagnosis and treatment is never major surgery. In some countries, anesthesiology is classified as a surgical discipline, since it is vital in the surgical process, though anesthesiologists never perform major surgery themselves.
Many specialties are organ-based. Many symptoms and diseases come from a particular organ. Others are based mainly around a set of techniques, such as radiology, which was originally based around X-rays.
The age range of patients seen by any given specialist can be quite variable. Paediatricians handle most complaints and diseases in children that do not require surgery, and there are several subspecialties (formally or informally) in paediatrics that mimic the organ-based specialties in adults. Paediatric surgery may or may not be a separate specialty that handles some kinds of surgical complaints in children.
A further subdivision is the diagnostic versus therapeutic specialties. While the diagnostic process is of great importance in all specialties, some specialists perform mainly or only diagnostic examinations, such as pathology, clinical neurophysiology, and radiology. This line is becoming somewhat blurred with interventional radiology, an evolving field that uses image expertise to perform minimally invasive procedures.

Specialties that are common worldwide

The European Union publishes a list of specialties recognized in the European Union, and by extension, the European Economic Area. Note that there is substantial overlap between some of the specialties and it is likely that for example 'Clinical radiology' and 'Radiology' refer to a large degree to the same pattern of practice across Europe.

In this table, as in many healthcare arenas, medical specialties are organized into the following groups:

The mean annual salary of a medical specialist in the US in 2006 was $175,011 and $272,000 for surgeons.
The table below details the average range of salaries for physicians in the US of selected specialties as of July 2010. Also given in the average number of hours worked per week for full-time physicians (2003 data).

There are 15 recognised specialty medical Colleges in Australia. The majority of these are Australasian Colleges and therefore also oversee New Zealand specialist doctors. These Colleges are:

Specialty training in Canada is overseen by the Royal College of Physicians and Surgeons of Canada and the College of Family Physicians of Canada. For specialists working in the province of Quebec, the Collège des médecins du Québec also oversees the process.

In Germany these doctors use the term Facharzt.

In Sweden, a medical license is required before commencing specialty training. Those graduating from Swedish medical schools are first required to do a rotational internship of about 1.5 to 2 years in various specialties before attaining a medical license. The specialist training lasts 5 years.


All boards of certification now require that medical practitioners demonstrate, by examination, continuing mastery of the core knowledge and skills for a chosen specialty. Recertification varies by particular specialty between every seven and every ten years.
In the United States there are hierarchies of medical specialties in the cities of a region. Small towns and cities have primary care, middle sized cities offer secondary care, and metropolitan cities have tertiary care. Income, size of population, population demographics, distance to the doctor, all influence the numbers and kinds of specialists and physicians located in a city.

A population's income level determines whether sufficient physicians can practice in an area and whether public subsidy is needed to maintain the health of the population. Developing countries and poor areas usually have shortages of physicians and specialties, and those in practice usually locate in larger cities. For some underlying theory regarding physician location, see central place theory.
The proportion of men and women in different medical specialties varies greatly. Such sex segregation is largely due to differential application.

A survey of physicians in the United States came to the result that dermatologists are most satisfied with their choice of specialty followed by radiologists, oncologists, plastic surgeons, and gastroenterologists. In contrast, primary care physicians were the least satisfied, followed by nephrologists, obstetricians/gynecologists, and pulmonologists. Surveys have also revealed high levels of depression among medical students (25 - 30%) as well as among physicians in training (22 - 43%), which for many specialties, continue into regular practice. A UK survey conducted of cancer-related specialties in 1994 and 2002 found higher job satisfaction in those specialties with more patient contact. Rates of burnout also varied by specialty.